For starters, I realized who my true friends are. They call, they care, and they answer. They ask the hard questions. They visit me, too! They choose me. They pray for and with me. They give me a ton of grace for those ‘in the middle’ situations, when neither of us truly knows what to do. Some are far away, and some new ones are near.

In that, I realized some people lean on the side of convenience, and fade out into acquaintances. They only reach out when they need something. From being a missionary myself, I know the feeling of reaching out to someone with the sole purpose of asking for a donation, but I didn’t let that be the only time I talked to them. Now that I’m on the other side of that spectrum, it’s a little gut-wrenching to see it done differently. If you’re a missionary or fundraising in any way, take that into consideration. Don’t fake friendship for a donation, because that’s about as cheap as it gets. Hard truth to learn in 2015! 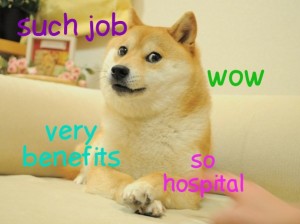 This year I stepped back into the ‘working full-time’ American rat race. I paid down over half of my debt, by God’s grace. I got a great job, then I got a better job. I eased up on the first job when I took the second. I work 45-50 hours a week, which slides into overtime. I’ve been diligent, but I also feel like I said ‘yes’ when the Lord asked me to trust Him in giving outside of the norm, both financially and with the offering of time. By no means do I preach a prosperity gospel, but I know that God has consistently rewarded my life after times of testing, after times when I had to respond with a borderline illogical obedience. God has asked me to trust when I didn’t feel it was safe, and I did. Sometimes I did so begrudgingly, but I’m learning to trust cheerfully. 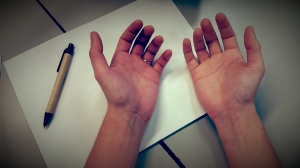 It gets easier to trust when you understand what a failure is. I believe it is only possible to trust God with such great improbabilities when we realize the impossibility to fail within His hands. There is no room for regret when we hear His voice clearly. There is no room for fearful hysterics when I find myself hanging out inside His heart as if it were my living room. That’s what His presence is like. I learned much of this in 2015.

I cried a LOT in 2015. The best kind of tears and the worst. I had to learn how to discern whether to sit quietly and wait versus getting up, getting dressed, and taking a bulldozer to a wall.

I learned my safe places. I learned that I have a counselor who is beautifully available and powerfully wise. God put women into my life to mentor me and to listen. I have friends who can have a 2-hour conversation and empty out every loose thought from the attic of my mind, and vice-versa. We process verbally. And then there are those magical unicorn people, who take about 5 minutes to crawl into your heart and stay there until the next time you talk again for about 5 minutes 2 months later, and still manage to be in that top tier of best friendship, by God’s perfect grace. NO IDEA how that works, but it’s real.

In 2015, I met Buddy! It’s the coolest story, and this year I was given the gift of falling in love with him. God put us together and I have no doubts about that. He’s the INTJ to my ESFJ, and I can’t describe properly the spark we had when we met. God’s grace has brought us this far, learning to communicate and overcome fears. God’s gifts have the wrapping paper of courage, and the ribbon of God-dependency. They’re worth receiving, worth keeping, and they fully require God’s maintenance and alignment. 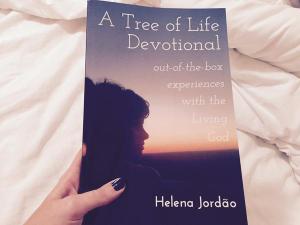 Oh and in 2015, I wrote a book! You can get it at this link. I knew it would happen, but I didn’t realize it was happening this year. I had made it a goal, but it still felt lofty up until I got to it. It may be so with some of your dreams. They may seem ridiculously out there until you get up close to them and pin them down. God takes over and pushes you over the threshold when it’s His dream too. 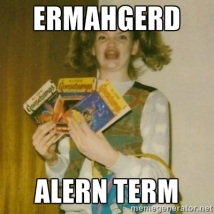 In 2015, I lived alone for the first time in 4 years? FOUR YEARS! If you didn’t know by now, I’m one of the most extroverted people alive in the sense that I function with people. I find that my habits and preferences like to submit to accountability. If a tree falls in the woods, does it make a sound? If I’m living alone and I lay in bed all day and “sort of sleep, sort of watch movies all day” does it make an impact on my life? WELL. These are things that normally don’t happen at all when I’m in community. I wouldn’t pass up a kitchen conversation, or a Target outing, or a park jog if I have the people to join me. Without people, the silence at first felt really strange. I figured out that we’re constantly looking to be INFLUENCED. We can’t just sit still and stare at a wall. We want to watch a show to make us laugh, or we want to read a book to make us think. We want to have a conversation to stimulate us, or workout to engage our bodies. We rarely ever “do nothing” and that’s a relief and a little scary at the same time. What do you tend to do with your time when you have the choice and you are all alone? Is it constructive? Does it agree with your values, your goals, your character? I learned a lot of this in 2015. Living alone was really hard, and sometimes detrimental to what I know is best for me.

In 2015, I kick-started Phylla House online, and it’s a sweet little private group on facebook. God adds to our number ever so slowly. We have conversations on the phone and in person, too, but having that level of connectivity has been a huge blessing.